This paper analyzes previous research on the relationship between animation and radicalism through the keyword "animation", which uses a bibliometric approach from 1071 journal articles sourced from the Scopus database in the last 5 years. Basically, the purpose of animation is not only for entertainment, animation can also be used as an effective educational medium. This paper was created because of the news that connected one of thr animaed film made in Indonesia with negative thing. The review paper uses VOSviewer which aims to produce visualization, structure, and relevance. VOSviewer is useful for visualizing the mapping of concept findings that are parsed from the scopus database. From 1071 articles, 5501 keywords were obtained and 151 of them met the threshold. From 151 keywords, it was broken down into 9 clusters. In this bibliometric analysis, it is shown that research on animation has attracted the attention of many researchers from many countries. The field of social science was found to be the field that most discussed about animation media. Animated media are widely used for educational and entertainment purposes. From the findings of the scopus database, it is known that animation is not only focused on learning and entertainment, but also in other fields such as engineering, medical, and mathematics. Animation or animation media has many positive benefits, especially in learning media. 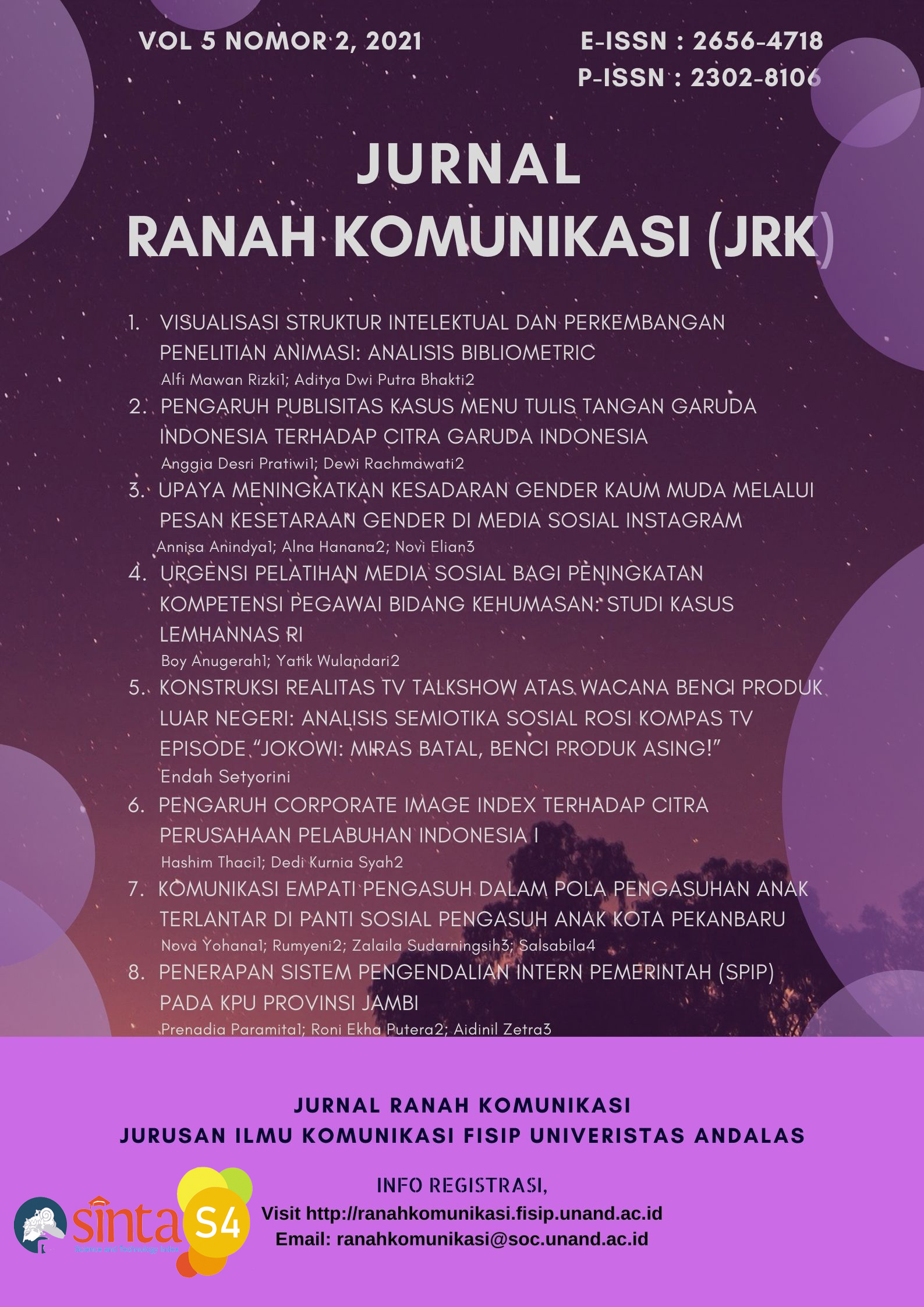