The current development of films and drama series  as mass media has a role as an effective form for conveying a message and “Mega Series Suara Hati Istri: Zahra” is one that raises a discussion with gender issues in the form of social relations between women and men. This drama series also tells the culture of polygamy and women's role is still dominated by men in social life. Based on this description, this research is built on the issue of gender and the role of women which represented in the media. The research uses Sara’s Mills discourse analysis in order to see how women represented in a polygamy genre.  Focused on the micro features to analyzed how women represented by level  such as subject-object position and director-viewers position. There are ten scene in total which analyzed and described by the visual images, forming dialog into text to analyze it from the text form , and also the symbols that shown in by the scenes. Based on the methods, in this research was found that there are differences in the position of women and men in the practice of polygamy where the men’s role is dominance. the formation of this drama series, which is considered to reflect the values of everyday life as well by depicting the position of women as discourse which seen from the position of the reader role and is considered by the director. 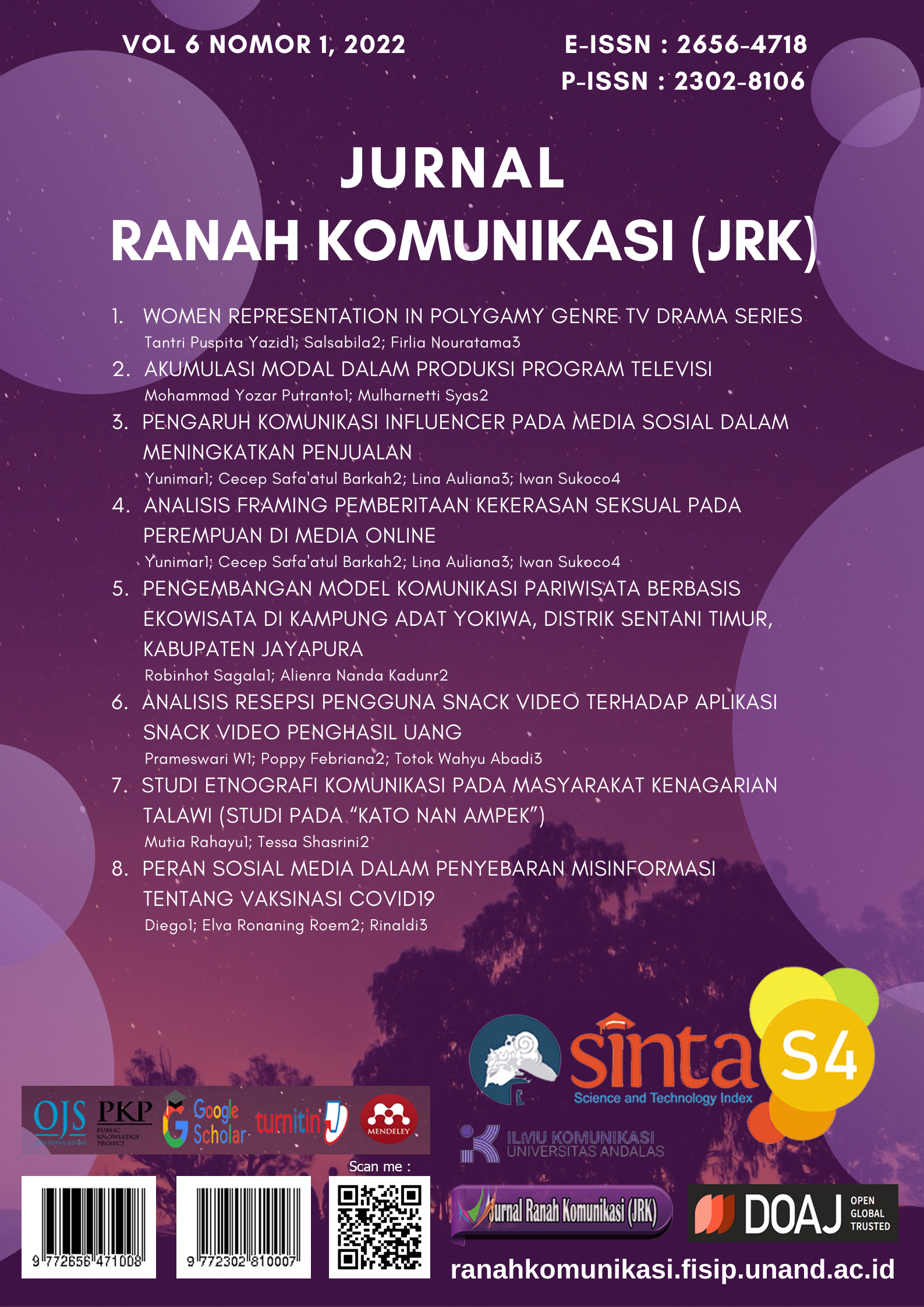