The phenomenon of feminism is a phenomenon that has been circulating for a long time in the wider community, especially in the mass media, even though the media actually have an idealism, namely to provide correct information. This requires the media to act as a means of education so that readers and listeners have a critical attitude, independence, and depth of thinking. The findings will be presented in this article. The construction of the media will determine the audience's perception. However, in reality, commercial dynamism is the dominant force in determining messages and content in the media. Market logic like this tends to direct the organization of information systems in the media, including gender studies. Although the definition of gender is still an increasingly dynamic debate, globally and etymologically, gender is defined as a trait inherent in both men and women that is socially and culturally constructed. The injustice experienced by women in the context of media coverage ultimately becomes a weapon for liberal feminists to continue to receive the support of women's thoughts due to the visual image of women in the media which often seems unfair. The media has always made women a commodity-based on market demand. The market in question is a society that is deeply embedded in a patriarchal culture. This study is a conceptual study with more focus on literature review in the framework of gender equality and mass media. 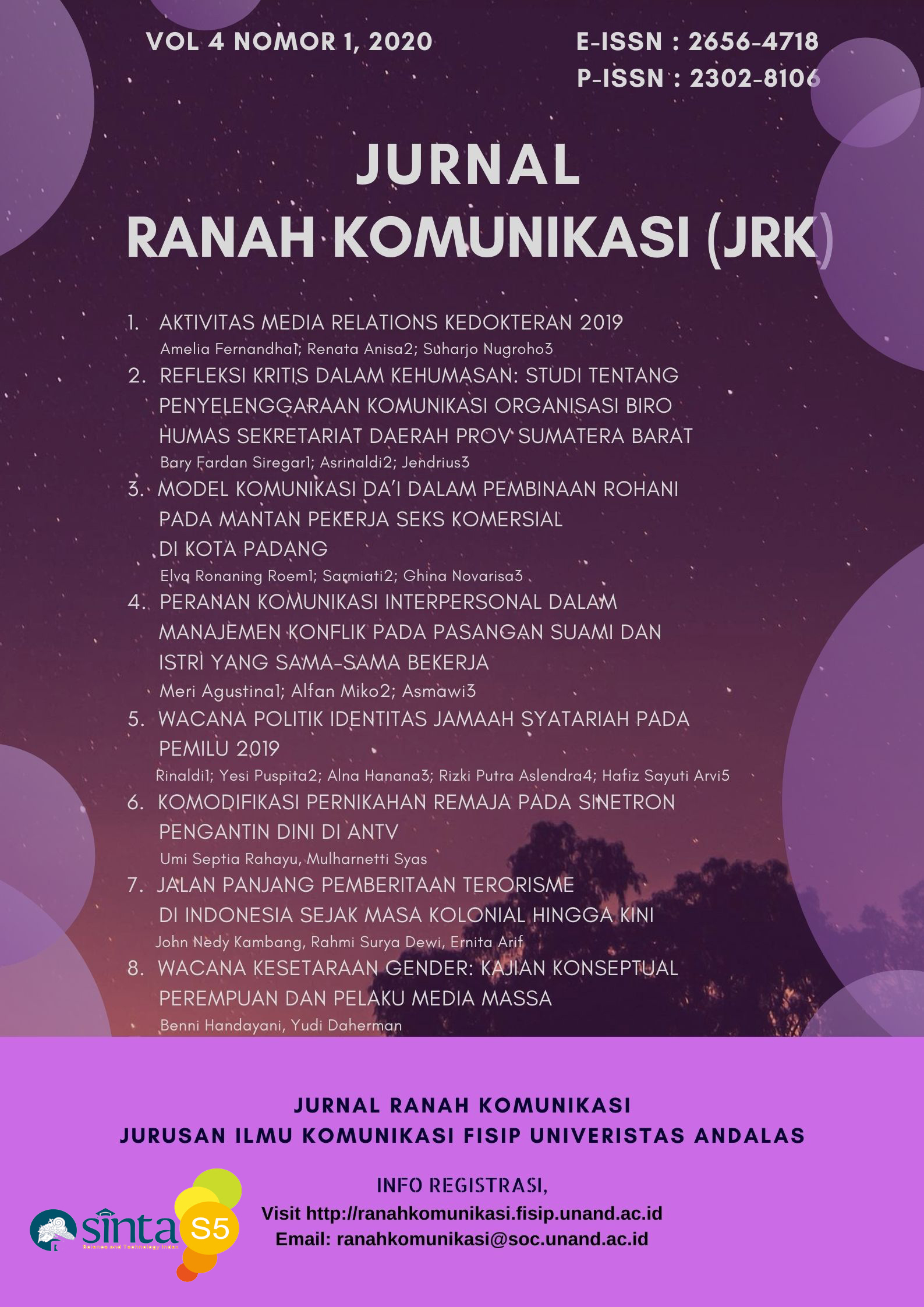