This study aims to determine the processes and obstacles in the production stage of Anak Indonesia video episode of Anak Singkong (The Children of Cassava) by TVRI West Java region, which raises the culture of the indigenous people of Cireundeu, Cimahi, who consume cassava as the main food substitute for rice. Through a descriptive qualitative methods, this study collected data through observations and interviews with the Anak Indonesia production team. The results showed the implementation of the pre-production stage includes finding ideas, research and location hunting, writing manuscripts, selecting talents, preparing meetings, and selecting tools. The production stage includes a shooting process based on the script created in the pre-production stage; The post-production stage includes image sorting and image blending with sound (natural atmosphere, narrative). These three stages are carried out with the principle of being effective and efficient, to avoid over budgeting of production cost. The obstacles encountered were technical and nontechnical, which the team had to overcome, especially production assistants. The conclusion of this research is the production process of a television program requires good coordination, because it involves many people who carry out their respective roles. Supervision and accuracy in carrying out work are very important so that the prepared shows can be presented according to the agreed concept. 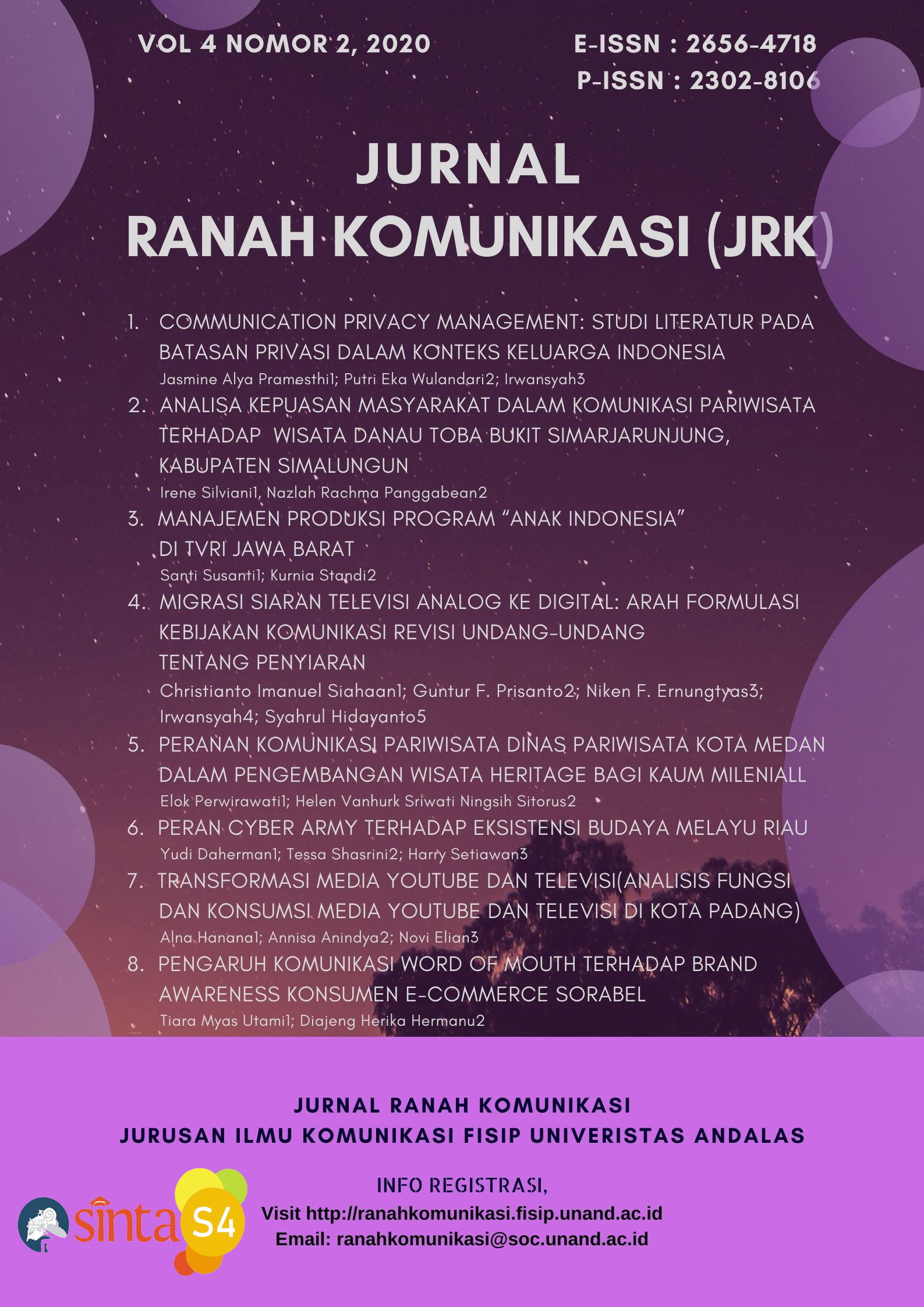